Hard English Words: Meanings and how to pronounce 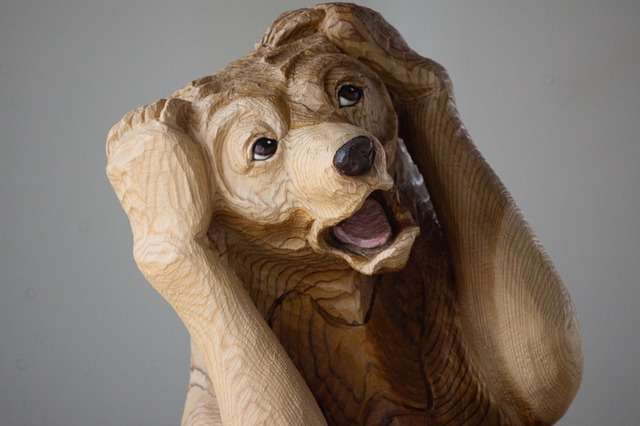 There’s one surefire way to sound smart and that’s to rattle off some rare, complicated and hard words to pronounce.  Of course, that only works if you get the pronunciation of hard words correct.

In this blog, we’ll cover some of the hardest English words to know and pronounce, so you can wow party guests with your beguiling grasp of the English language.

You can watch the video version of this lesson at the bottom of the page or over on the English Like a Native YouTube Channel where you will see me wrestle these hard to pronounce words into submission.  It’s important to understand the pronunciation and work through repetitions until you have them nailed.  I’ve included the phonetic spellings below to help you with these hard English words.

His wife was a captious woman.

They certainly were a bibulous bunch.

3. Malapropism  /ˈmaləprɒˌpɪz(ə)m/  –  The mistaken use of a word in place of a similar-sounding one, often with an amusing effect (e.g. ‘dance a flamingo’ instead of flamenco).

You can not deny the amusement that malapropism brings to a language teacher’s life.

Adj.  With these costumes we should be wearing tricorn hats, especially if we want to look authentic.

Noun. He stood looking at her longingly with his tricorn under his arm.

His deep tenebrous voice made me feel uneasy.

Spend a few moments on YouTube and you will find plenty of examples of braggadocio.

7. Bruit /bruːt/ –  Verb. Spread (a report or rumour) widely.  //  Noun. A sound, especially an abnormal one, heard through a stethoscope; a murmur.

Verb. It is widely bruited amongst my viewers that I am a big fans of sprouts, which of course is not true.

Noun. If you listen closely doctor you will note that an arterial bruit can be heard over the liver.

8. Embonpoint  /ˌɒmbɒ̃ˈpwã/ – Noun. The plump or fleshy part of a person’s body, in particular a woman’s bosom.

She was loved for many reasons, not least her glorious embonpoint.

Facebook have taken steps to help clear our new feeds of the uninvited pabulum which is, apparently, getting us down.

10. Parlay  /ˈpɑː.li/ –  (verb) to use or develop money, skills, etc. in a way that makes more money or leads to success / to exploit successfully.

He hoped to parlay his dance skills into a college scholarship.

She parlayed her camera skills and a year of hard work into a thriving English youtube channel.

My son has a habit of creating a pother among the young ladies wherever he goes.

12. Valetudinarian /ˌvalɪtjuːdɪˈnɛːrɪən/ – (Noun / Adjective) A person who is unduly anxious about their health.

Some say that English people are a nation of valetudinarians.  If I were well enough I would argue that.

13. Cenacle /ˈsɛnək(ə)l/ – (Noun) A group of people such as a discussion group or literary clique.

We rejoice when we are joined by other cenacles from the local area to work towards a common goal.

14. Hypermnesia /ˌhʌɪpəmˈniːzɪə/  – (Noun) An unusually good ability to remember, typically under abnormal conditions such as trauma, hypnosis, or narcosis.

Our concern is whether hypnosis induced hypermnesia has long term effects on the subject.

Mediums were made to insert their hands in shoeboxes during seances, to prevent any sly legerdemain.

16. Vibrissae  /vʌɪˈbrɪsiː/ –   (Plural noun) Long stiff hairs growing around the mouth or elsewhere on the face of many mammals, used as organs of touch; whiskers.

They also have large vibrissae, stiff whisker-like hairs above the upper lip and at the corners of the mouth.

Failure of tack was not uncommon as well, with saddle cantles breaking and harness straps failing.

It is very rare to spot a moth during it’s aestivation period.

19. Myrmidon  /ˈməːmɪd(ə)n/ – (Noun) A follower or subordinate of a powerful person, typically one who is unscrupulous or carries out orders unquestioningly.

A tyrannical dictator is nothing without his myrmidons.

In the UK a queen regnant sits on the throne.

Anna had hoped that attending Ballet classes would uncover a secret Terpsichorean gift, but unfortunately it did not.

The poet liked to consider himself a part of the rising state educated clerisy.

23. Deracinate /dɪˈrasɪneɪt/ –  (Verb) Uproot (someone) from their natural geographical, social, or cultural environment.

You can not deracinate the entire community in order to make way for your building project.

A fuliginous, black smoke filled the air and choked those who breathed it in.

25. Oneiromancy /əˈnʌɪrə(ʊ)ˌmansi/ –  The interpretation of dreams in order to foretell the future.

I completely believe in astrology but I am not sure if I buy into oneiromancy.

These tatterdemalion rags make up the best part of my wardrobe.

She arrived at the cliff edge, greeted by williwaws and claps of thunder.

My father wanted me to be a funambulist like him.

Her singing had put him into a strange hypnopompic like state.

My thirst for knowledge grows with age, therefore I think it is fair to call me an opsimath.

So there we have it, 30 hard words to pronounce.  Isn’t the English Language wonderful!?

If you’d like some more challenges, one way to make easy English words into hard English words to pronounce you can make them into Tongue Twisters. and to help your repititions, you can download the lesson notes for free.

Any cookies that may not be particularly necessary for the website to function and is used specifically to collect user personal data via analytics, ads, other embedded contents are termed as non-necessary cookies. It is mandatory to procure user consent prior to running these cookies on your website.